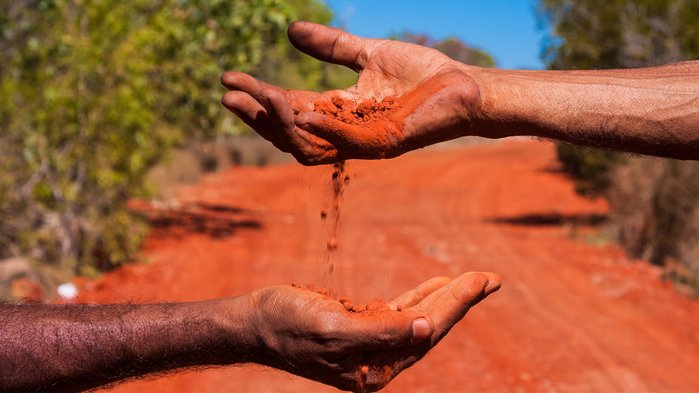 There are more than 31 Aboriginal cultural groups in the Pilbara. Many of these languages have between 2 and 5 dialects. Within some languages there are further varieties that are not as distinct as a dialect.Most groups are referred to as language groups. Each culture has a traditional location where their people practised a hunter-gatherer and fire-stick farming lifestyle. A cyclical movement through the cultural group's land was determined by the availability of seasonal foods and water.

Pilbara Aboriginal cultures are highly spiritual with links to specific land features and locations. Custodianship obligations, care for specific land areas and the initiation of boys into tribal Law forms much of the cultural and spiritual activities.

Today Pilbara Indigenous culture still follows traditional Law patterns, processes and custodian duties. The beliefs that Dreamtime beings, who created the land features, control the water and provide food supplies, are still in existence in the land features, is still strongly felt throughout the Pilbara.

However, movement off traditional land due to European settlement, and changes in the land due to the impact of pastoral, mining and settlements, has changed the way traditional Law is practised. This process of change is still underway as

Aboriginal people search for a balance between their custodian role and their involvement in wider Australian society.

The Aboriginal population of the Pilbara considerably predates, by 30–40,000 years, the European colonisation of the region. Archaeological evidence indicates that people were living in the Pilbara even during the harsh climatic conditions of the Last Glacial Maximum.The early history of the first peoples is held within an oral tradition, archeological evidence and petroglyphs. Near the town of Dampier is a peninsula known as Murujuga, which contains a large collection of world heritage listed petroglyphs, (Rock Art)  dating back thousands of years. Rock art in the Pilbara appears to have been primarily etched into the hard rock surfaces, compared to predominantly paintings on the softer sandstone in the Kimberley. This does not preclude that painting was and is not performed in the Pilbara. In 2006, it was estimated that 15% of the population of the Pilbara was of Indigenous background, approximately 6,000 people. Near the town of Dampier is a peninsula known as Murujuga,(meaning Hip-Bone Sticking Out) which contains a large collection of world heritage listed petroglyphs, (Rock Art) dating back thousands of years. With approx 150 Communities located throughout the Pilbara, each Indigenous Community location has it's own group lore, rules and culture.

Community Groups throughout the Pilbara.